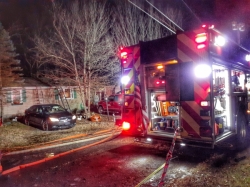 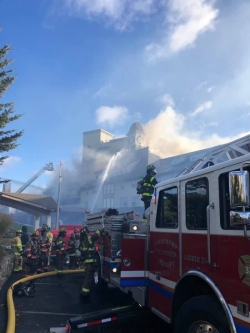 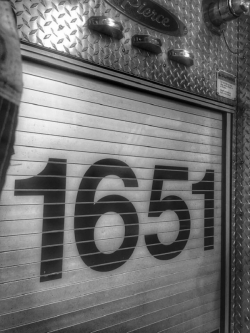 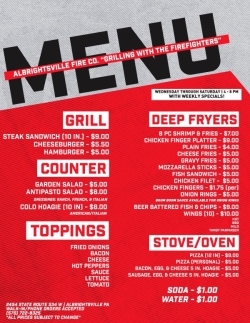 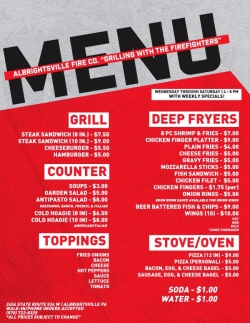 Tonight's Special is Spaghetti and Meatballs with side salad and garlic bread for $10.00
History of AVFC
HISTORY OF THE ALBRIGHTSVILLE VOL FIRE CO

Money to incorporate the Albrightsville Volunteer Fire Company was raised by holding weekly Saturday Night Bingo Games which still continue at this time and a 100 club drawing in the Albrightsville Community Center (The Old School House).

Charles Getz and Kenneth McGeehan are the only two remaining founders still supporting the fire company. The Albrightsville Volunteer Fire Co. Inc. was officially formed on March 6, 1977and the first officers elected to the Fire Company were President Tom Davis, Vice- President- Bill Nonnemaker, Secretary Bill Adams, Treasurer- Al Keller, Fire Chief- Gary Ziminsky. The first piece of fire apparatus was a 1947 International with a Barton-American front mount pump, donated by the Lake Harmony Volunteer Fire Co. The first tanker was a converted 1958 Ford oil truck which had a portable pump and was purchased from James Bennick oil company for $850.oo. There was no building during the first year of incorporation and the Fire Equipment had to be housed in the Banning/Yost Pavilion on Shady Lane near mud run creek. The pumper was at the time possibly the oldest pumper in service in Carbon County. Later in the year 1977 the members of the fire company erected our first building a 42 x 60’ metal building built by Norm Murphy from Weatherly in for $30.000.

Our first major fire in Albrightsville was a house trailer on Nov. 6, 1977. A second major community fire, the former HENNINGS HOTEL was on September 27, 1979 at which time the hotel was a total loss. The officers of the fire company soon realized it was necessary to upgrade our pumper in order to properly protect our community. Thus, we purchased a 1950 Auto-Car from Atglen Fire Co. in Oct. 13, 1979 for $3,700.00.

Fund raising was a major priority to keep our doors open. They included: Bingo Games, Block Shoots, and Breakfasts. Our first breakfast was Feb 25, 1979. The cost at that time was $2.00, for all you could eat breakfast and our breakfast’s still continue today on the first SUNDAY of each month. We served 250 people during our first breakfast and ran out of food. We served 2861 people the first year and continue having successful breakfasts today, serving 350-500 meals every month!

In 1983, the Fire Company purchased our first new piece of equipment, a KME 2000 gallon Tanker for $50,000 paying cash and retiring our 1958 tanker. This was the first fire tanker manufactured by KME, a Carbon County business.

In 1988 we purchased our second new piece of equipment a Pierce 1250 gallon per minute pumper for $114,000 and paid cash for this truck also thus replacing our 1950 Auto Car.

Year 2004 the Fire Company wanted to become involved with educating children on fire safety since a new Elementary School was built within the Township and we applied for a FEMA Grant of $102,000. Later in this year the fire company was notified and awarded the FEMA grant and a 2004 Mobil Concepts 39 foot FIRE PREVENTION SMOKE HOUSE / Command Trailer was purchased to educate children throughout Carbon County and surrounding areas and to date is still in service educating thousands of children.

Year 2006 the fire company replaced our pumper which was involved in an accident and totaled with a new 2006 Pierce Quantum Rescue Pumper truck at a cost of $500,000. Again the fire company was fully prepared to protect the community of ALBRIGHTSVILLE.

Year 2009 saw the need again to expand our building and a grant for $200,000 was submitted through our local State Representatives Office and (DCED) and later in this year we were awarded the grant. Year 2010 we broke ground for our addition of 64’ x 50, onto our truck garage. The ALBRIGHTSVILLE VOLUNTEER FIRE COMPANY currently has a roster of 34 men and women volunteer fire fighters and our proud to represent the Albrightsville Community. The Albrightsville VOLUNTEER Fire Company looks forward to continuing to serve the residents of the community and Kidder Township well into the future. All the members wish to say THANK YOU to those who have supported us through the years. 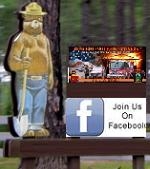 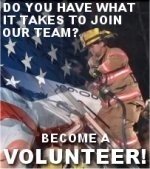 Copyright © 2006-2020. YourFirstDue Inc. All Rights Reserved. Designated trademarks and brands are the property of their respective owners. Content on this web site is supplied by Albrightsville Volunteer Fire Company. YourFirstDue Inc. cannot be held responsible or liable for any content, text, pictures, or any other media found on this web site. Maintained by the members and staff of Albrightsville Volunteer Fire Company.
Management Login
Powered by